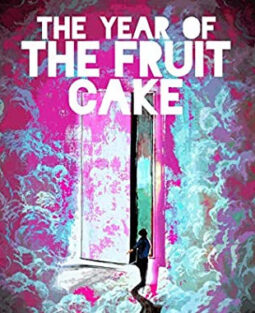 Review of ‘The Year of the Fruit Cake’ by Gillian Polack

Biographies are set up for expected male life patterns. My women sometimes fell into those, and sometimes did not.

Pressing their lives into this mould destroyed their individuality and it hid those things that made them the women who probably changed us all. (Loc. 1705)

Aliens are here, living among us, in the guise of perimenopausal women.

Sit with your response to that premise for a moment, it may tell you more than you think.

In Gillian Polack’s The Year of the Fruit Cake, the aliens take the form of perimenopausal women because their hormonal flux is most representative of the alien’s own multi-gendered experience. It is the easiest human form for the aliens to adapt to, though this adaptation is difficult enough regardless. Living as women of a certain age also gives the aliens a certain perspective of humanity. The perspective of someone defined by her gender, bearing the weight of a myriad petty and not-so-petty abuses and condescensions. From this perspective the aliens aim to learn about humanity with one main purpose. Genocide or no? It is one of the aliens living in middle-aged female form who must judge all humanity. Which may be easy enough, after a few decades of mansplaining.

The Year of the Fruit Cake is bizarre, witty and acerbic, and Polack slices through social nuance with a keen eye for irony. The novel follows a group of women who form a decades long friendship. The circle of friends comfort each other with hot chocolate and flowers, subjects of conversation that must not be broached and other topics that yield surprising honesty. But underneath the careful, gentle, social niceties, there is rage that could destroy everything.

The narrative is comprised of notes taken by an investigator of the incident, described as the ‘fruitcake’, interspersed with notes of another, earlier, alien observer who is troubled by a clumsy memory-wipe and a faulty human body. As we enter the story, neither of these characters are named, and not a single one is reliable: it is up to the reader to construct the story from the details told to us through the eyes of a species who does not communicate, or think, in story. It’s a novel that requires some patience; the representation of human society is an uncanny valley of injustices, fixations with chocolate and social connections.

I met a person the other day and they were like me when I was agendered. I suspect this is why I have such an onslaught of mood today. I remembered what it was like and was terribly, terribly envious. I hope they enjoy it as much as I do. They may not, for they’re agendered in the middle of mostly males and females. It might not be so pleasant.

‘Would you please call me Cordelia?’ That’s what it reminds me of. Anne Shirley. Defining herself rather than letting society define her (Loc. 1957).

Polack’s depiction of gender is as a shifting life phase, rather than an identity. Though, while they grapple with the expectations of human society, a human body that is wrong, and memories built for purpose that do not fit, identity itself is in question. The aliens become perimenopausal women for biological reasons, but focus their research on Australia because they like ‘the neatness of an island continent’, sparsely populated, with climate and ground suitable for colonisation. English, because that’s the primary and most widely spoken language in Australia—and how much difference could there be in the perspectives of different language groups? ‘Even the Hitler study was mainly undertaken through the English language’ (Loc. 469). The allusions to limited representation of diversity in Australian media and literary landscape are there, along with parallels to its colonisation, though in the myriad political and ethical complications of the plot, we are positioned to sympathise with the alien.

Wrapping our experience of the story around multiple alien perspectives has another effect: the characters, and the story, are difficult to know. And while dialogue may feel wooden at times, and plot points don’t quite hang together for stretches, these things also remind us of the construction of the text: the narrators are not human, narrative, and linearity, is part of the problem here. This artifice is emphasised with a third narrator, a woman who slowly counts years of her life, and at intervals relays an experience associated with each age. It is this this slow progression, the narrative that can only be built of a life at its end, that ties the multifaceted story together.

For a novel that is so unusual, The Year of the Fruit Cake has a surprising emotional punch. Readers who can engage with the premise, and pull together the narrative threads, will likely recognise the hurt, will seethe alongside the characters, and perhaps will also wish for a ‘destroy them all’ button. It is skill, humour and clear vision that brings the disorienting parts of this novel together to create a most memorable whole.

Rachel Watts is a writer of literary and speculative fiction. Her work has been published by Westerly, Island, Kill Your Darlings, Tincture and more. Her climate change novella Survival was released in March 2018. You can find her online at www.wattswrites.com or @watts_writes.