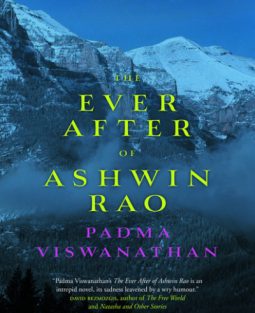 ‘Psychologists know how to persuade’ (16), says Ashwin Rao, narrative therapist extraordinaire, in this richly textured novel about the aftermath of grief and how ordinary people pick themselves up, or not, after unbearable loss. The story follows the real-life tragedy of Kanishka (Air India Flight 182), which was destroyed by a bomb over the Atlantic Ocean, killing all 329 people on board, mostly Canadians of Indian origin. Despite Sikh extremists claiming responsibility, it took the Canadian government twenty years to bring the accused to trial.

The narrator, Ashwin Rao is a compelling, intelligent and self-aware storyteller. He pontificates: ‘what to do? Religion has hobbled my countrymen’ (61). He judges: ‘there is a particular sinking nausea I feel when confronted with conspiracy theorists, whether clients or taxi drivers’ (98). He prevaricates: ‘I’m not a misanthrope, even if I don’t like most people’ (61). While he is not easy to like, I believed Ashwin as he led me through the tortuous processes of narrative therapy and his personal investment in following the story of the bombing that also killed his sister and her children.

This is a big, complex novel that asks sticky questions and does not provide palatable answers. The twin strands of a tragedy that killed mostly brown people and a white nation’s response to it are presented without anger or judgement. Would it have made a difference if more white people had died? How do we assess the level of victimhood suffered by the Sikhs in India after Indira Gandhi’s assassination and the Hindus whose families died in the Air India crash? When Ashwin Rao reflects on an Irish policeman’s ‘fluency in the language of grief’ he contrasts it with the Canadian Mounties who ‘gave the impression they had never heard of death until they arrived at Venkat’s door’ (130). It brings to mind the currency of silence in Australia about asylum seeker deaths, imprisonment and government sanctioned apathy.

This is also a novel about immigrant women and the compromises they make for their husbands and fathers. Glimpsed through the eyes of their men, these women quietly thrive and make connections with the new country in ways most meaningful to them. So while Ashwin agonises over the death of his niece Asha and sees in the feisty Brinda a glimpse of what Asha might have become had she lived, his one-time girlfriend Rosslyn questions the ways in which he glosses over the death of his own sister. The genial and duty-bound Professor Sethuratnam seems unable to understand his talented daughters and lovely wife, preferring instead the dubious teachings of a godman in India. And finally there is Sita, who once had an envy-inducing garden and a status as the wife of an academic, living with the guilt of not dying with her son. A feminine sensibility permeates the novel and its male characters and the sideways glances into the lives of girls and women are all the more effective for being covert. Viswanathan places her women off-centre and compels us to notice how large, mysterious and generous their lives are when compared with those of the men who dominate the narrative. Questions of class, caste and language are handled with clarity and, despite being deeply political, this is also a novel of quiet grace and anguish.

I was left with a feeling of being held and pushed away, of understanding and disbelief, in the company of a storyteller who is also evasive and brilliant. The passages that deal with loss are conveyed without sentiment while the landscapes are hauntingly rendered with a poetic clarity. For a story about loss, this novel has an upbeat, almost exhilarating tempo. I look forward to a second reading and I also intend to seek out Viswanathan’s earlier novel, The Toss of a Lemon.

Rashida Murphy is a Perth based writer whose work has appeared in several anthologies and journals including Westerly. She has just completed a PhD in Writing from Edith Cowan University. Her first novel was shortlisted for the Dundee International Book Prize in 2015.